Multi-cookers are not new and are almost ubiquitous in every American kitchen today. These famed kitchen appliances are used to sauté vegetables, cook deliciously fluffy rice, make hearty stews, etc.

Two contenders constantly vying for the top spot. It’s Instant Pot vs Ninja Foodi. Given that these two are the most well-known brands in the multi-cooker space, it makes sense that you’d compare the two.

This post will help you decide between the Instant Pot or Ninja Foodi and answer any questions you may have so that you can purchase the right appliance for your culinary needs.

Why Use A Pressure Cooker?

The pressure cooker is one of the most useful kitchen appliances you can buy, because it drastically cuts down on the cooking time for developing flavors in soups and stews, getting tough cuts of meat tender, and even baking a cheesecake. And there are many accessories that will help you get more out of your appliance.

Both the Ninja Foodi and the Instant Pot share similar attributes, so it’s often difficult to decide between them. We’ll go over the features below that they share and how they differ.

One of the most appealing things about both of these appliances is that they offer multiple cooking functions. While the number of cooking functions varies based on the model you buy, you can be assured that you’ll be able to pressure cook, slow cook, steam, bake/roast, and sear/saute. Both appliances can do all of these things with ease.

The Ninja Foodi Pressure Cooker, on the other hand, has a 9-in-1 base model that includes these 9 functions:

As you can see from this list, the biggest difference between these appliances is that the Ninja Foodi includes air frying capability. It’s a slightly bigger machine, so it takes up more space, but it combines two separate appliances into one, which can make up for that size difference.

Another thing both of these appliances have going for them is multiple models with variations that can increase their usefulness. The information below is a basic guide but doesn’t go into full detail on all of the current models of each appliance.

While there are the two basic models that we discussed above, both also come in a pro model that includes additional features.

The Instant Pot has ten safety measures to make slow cooking with it safe. These are:

In other words, the Instant Pot is incredibly safe to use. It’s clear that manufacturers took the time to research and develop the best safety features to reduce consumers’ fears.

You still have to practice safe handling and using the Instant Pot to avoid accidents.

The manufacturer also says that its multi-cooker has passed rigorous safety testing to provide consumers with peace of mind.

The price of a product is usually the main factor a consumer looks at when considering their options. You want a multi-cooker that works well and provides value for money. Since there are so many different models of each of these appliances, you will find a large range of prices as well.

Without discounts, the base model Instant Pot costs approximately $100, whereas the Ninja Foodi’s entry model is around $199.99. There are frequently sales for each of the models that will bring down the prices to around $79 and $159 respectively. It’s particularly easy to find deals during the holidays.

On the upper range is the Ninja Foodi’s 14-in-1 8-quart Smart XL Pressure Cooker Steam Fryer with SmartLid & Built-in Thermometer priced at $349.99.

While you can opt for the more affordable base models, you certainly get more bang for your buck if you decide to splurge on the higher-end models.

One of the best ways to get more out of your electric pressure cooker is to purchase a few really useful accessories to use with it. Accessories are available for both of these appliances.

Once you’ve started using your Instant Pot more regularly, you’ll find there are so many other ways you *could* be using it, if you had a few extra useful accessories. Here are a few favorites that we use almost every day.

There is also an all-in-one accessories pack for the Ninja Foodi that contains baking pans, egg molds, spatulas, trays and silicon molds.

Another great kit to purchase is the bake kit, which comes with three pans to expand your baking capabilities, like a multi-purpose pan for casseroles and cake, crisper pan for pizzas, quesadillas, and vegetables, and loaf pan for breads.

I also really appreciate the lid stand that allows you to hook the lid right onto the side of the appliance, rather than having to find a place in the kitchen to set it. You won’t believe how useful that is.

Which is Easier to Use?

Users report how much easier and intuitive it is to navigate the Instant Pot’s touch panel than it is to use the Ninja Foodi one. This might just be down to preference though, because the latter does come with an informative user manual.

Since they both have such similar functionality, both have great safety features, and both have the capacity to cook small or large meals, it’s very difficult to say whether one is easier to use than the other. It’s more a matter of just learning the different features of each.

It’s possible you could give a slight nod to the Instant Pot as being easier, because there are so many more recipes available for use with the Instant Pot. There’s the official website recipes, along with hundreds of other food blogger recipes, like the ones available here on our site. Since these recipes are built especially for the Instant Pot, it can be easier to use them and to find things you want to make.

That’s not to say that you can’t make those same recipes in the Ninja Foodi though. They are fairly interchangeable.

Final Thoughts on the Ninja Foodi vs Instant Pot

Whichever brand you choose will depend on factors such as price, user needs, and kitchen space. The Instant Pot meets these criteria at a basic level, while the Ninja Foodi has a lot more features.

If you are looking for a more compact device with safety features you can look up and a dedicated app with recipes and community, the Instant Pot is your best bet. Once you’ve bought the Instant Pot of your dreams, why not follow this recipe to make delicious cheesy taco pasta as your first Instant Pot meal? 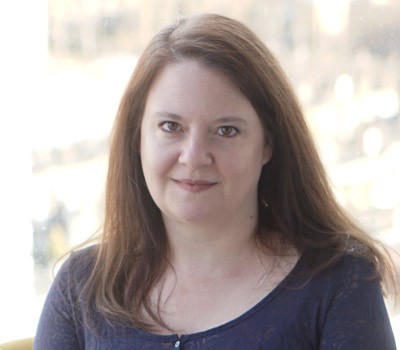 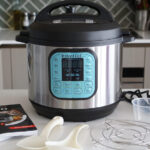 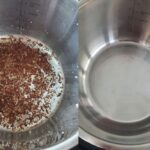 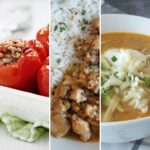